Google Earth Black Screen Problem and How To Fix It

Do you experience the Google Earth black screen problem? In this post, we will show you how to resolve this problem.

Google Earth is a great tool to have, and it has made a lot of people’s jobs easier with its tremendous research capabilities. However, it can be quite frustrating when the app fails to load correctly or just displays an error instead of providing the much needed maps and satellite support.

One of the more common problems that people encounter when dealing with Google Earth is the fact that the screen might sometimes go black. When there is nothing but pitch black on the screen, it can get a bit daunting if you don’t know where to look for answers. Luckily, we have a couple of solutions for this problem.

The version of Windows that you are using is very important, although this problem has been recorded to appear on both Windows 7 and Windows 10. While the issue itself doesn’t seem to be connected directly to a particular version of Microsoft’s operating system, having the right version of Google Earth installed does play an important role in the mix.

Make sure that you have installed the correct version of Google Earth before proceeding. This means making sure that whatever version you have, it is compatible with the version of Windows that you are currently running. Going further into updates, it’s also important that you have the latest version of Google Earth in general, as the developers might have packed a solution or a ton of new content since the last time you’ve updated.

Solution 2: Switch from OpenGL to DirectX or Vice Versa 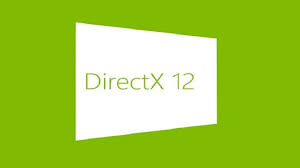 This problem is one that seems to persist within the Google Earth community, and the solution is not that widespread. Not only is not known by a lot people but there aren’t many who can elaborate on it. What we do know however is the fact that using OpenGL can help solve this issue permanently. Users can choose whether to use DirectX OR OpenGL for viewing 3D objects and assets. While on most computers DirectX is the default set solution for 3D, those that have dealt with the problem in the past recommend switching to OpenGL.

For those that have tried this, it seems to have solved the problem. In case you are really keen on using DirectX for one reason or another, this might be a bit of an inconvenience, but ultimately this can resolve the Google Earth black screen problem.

In order to ensure that you are getting the newest and best version of Google Earth when downloading or updating the app, it’s best to use a direct download link from Google’s servers. There might be other third party sources which offer Google Earth but sticking with the original is the way to go in order to prevent further issues like this.

Hope you were able to fix the Google Earth black screen problem? Let us know by dropping a comment below.

READ ALSO: How To Set Pop-Up Blocker In Google Chrome In 3 Ways